There are places in ourselves we spend our whole lives moving toward, and sometimes we encounter them in literal landscapes, points on maps we can place our fingers on as we might on cherished skin. And sometimes, much later, having travelled far geographically and otherwise, we can go back. This was how I found myself in Kolkata, eleven and a half years later, with a hibiscus in my hand and a recentred (re-centred, or recent red?) heart. In the version of the story I had been telling for a decade about my first time there, I had painted myself as a fool. It was the simplest way in which to explain how something had not been for me, and I had chased it anyway.

The Fool is the first card of the major arcana of the tarot. All journeys begin on a Fool’s footing.

I moved to India a couple of months before my 19th birthday, thinking I would live in Kolkata. It was a wager I had made with my parents after I ran away from (their) home – I’d return, briefly, if they would then send me where I wanted to live, which as far as they were concerned was only away from them. But only I knew of what had been appearing in my dreams, symbols I blandly tried to explain as the desires to study or to be free.

My first time in Kolkata crushed my spirit. Only the temples – Kalighat and Dakshineswar – held anything of meaning for me there.

And with that journey, the desire to move to that city disappeared. I understood that it had only ever been a pilgrim’s longing that had taken me there.

So when something – a book launch – called me back in December, I recognised the calling to be the same. Just as once, a long time ago, I had gone seemingly in pursuit of textbooks, I packed my devotion stealthily under guise of a love of literature and found myself once more in the goddess’ city.

One temple by night, the gold-tongued goddess in the red light district one sees only through shouts and shoving and swindling. And one by morning, bumping out of the city in the dusty dawn to the miracle of no queues, and a moment of sitting quietly by the western window of the sanctum sanctorum to have the priest reach through the wrought iron and place in my palm a compact of kumkum, and a deep pink hibiscus.

If my prayer was a secret, I wouldn’t share it with you. But I know it is etched across my face, these treacherous eyes of mine that yield everything. I want not only to let go of my disappointments, but to let go of my desire for the things that disappointed me.

I have known the darkness of feeling the goddess had let my hand go; and I know the gift of flight that belongs to those who never hold anything in fists.

And so, just as I have taught myself everything over and over again in my life, I will teach myself how to desire again. 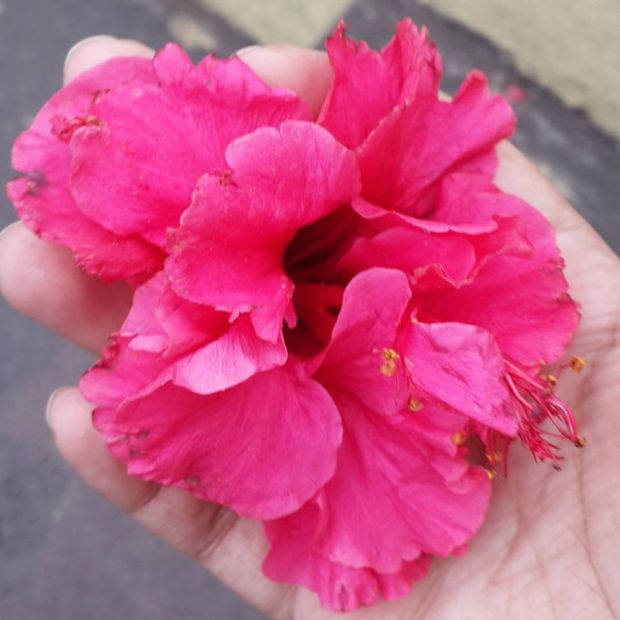 An edited version appeared in The New Indian Express on January 14th. “The Venus Flytrap” appears on Thursdays in Chennai’s City Express supplement.